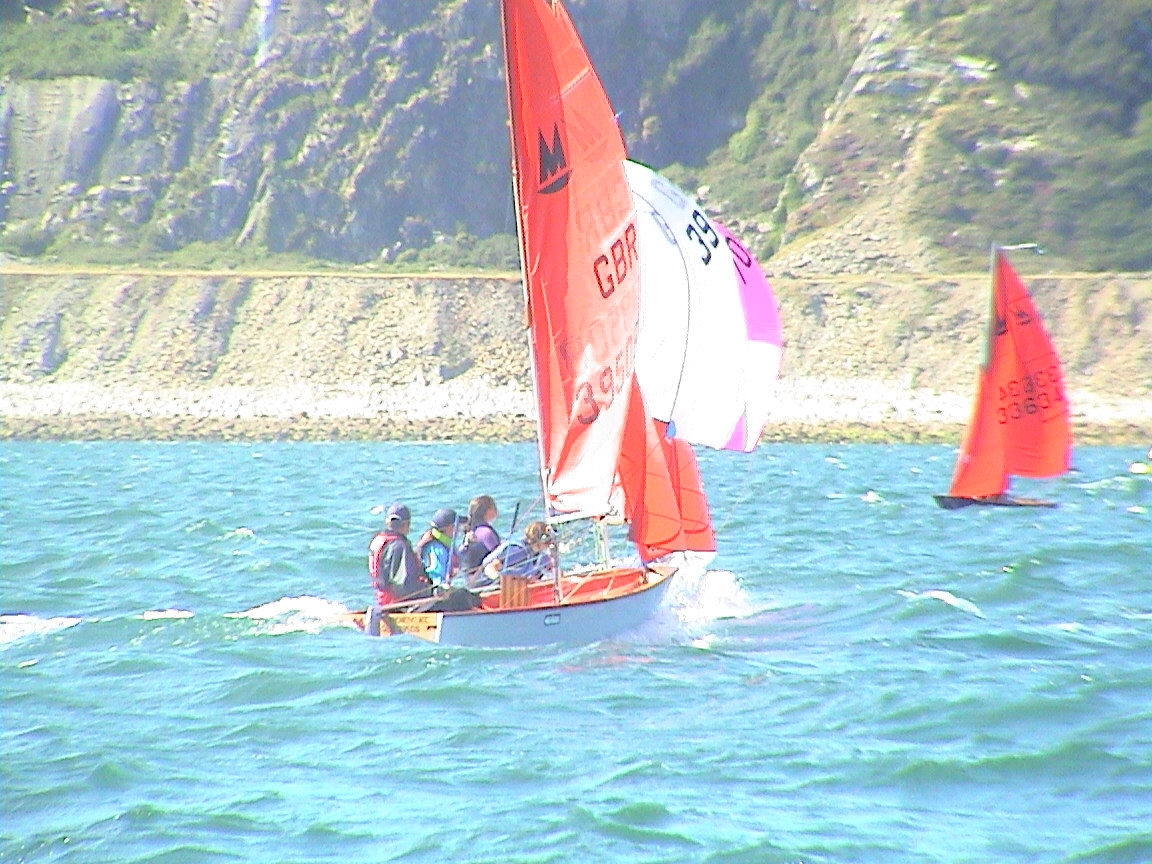 Built from a Bell kit, builder unknown. Note that the hull was rebuilt in 1999 (see below), so the original 1972 hull no longer exists.

Owned by the Wilkins family (date of purchase unknown), at the time called 'Aquaforus Too' and was the first Mirror sailed by Guy Wilkins.

Guy went on to own a succession of Mirrors

This boat was advertised for sale for £2250 o.n.o, details were:

Due to moving to a bigger boat, our much loved Mirror is now for sale.

Built in 1999/2000 by 'Mirror Legend' Guy Wilkins using the Goodwin jigs, we have owned Norbert since 2010. The sail number came from Guy's first boat and does not match the age of the boat. Fully ISAF measured and down to weight. Buoyancy tested at the 2013 Mirror National (flew through).
In good condition, and epoxy coated inside and out.

Norbert has been extensively raced in the Southern Travellers series and in the National Championships, and is a well known boat on the circuit.
She is an excellent and very well equipped race spec Mirror.

In March she was sold to Peter Crompton from Wimbledon SC.