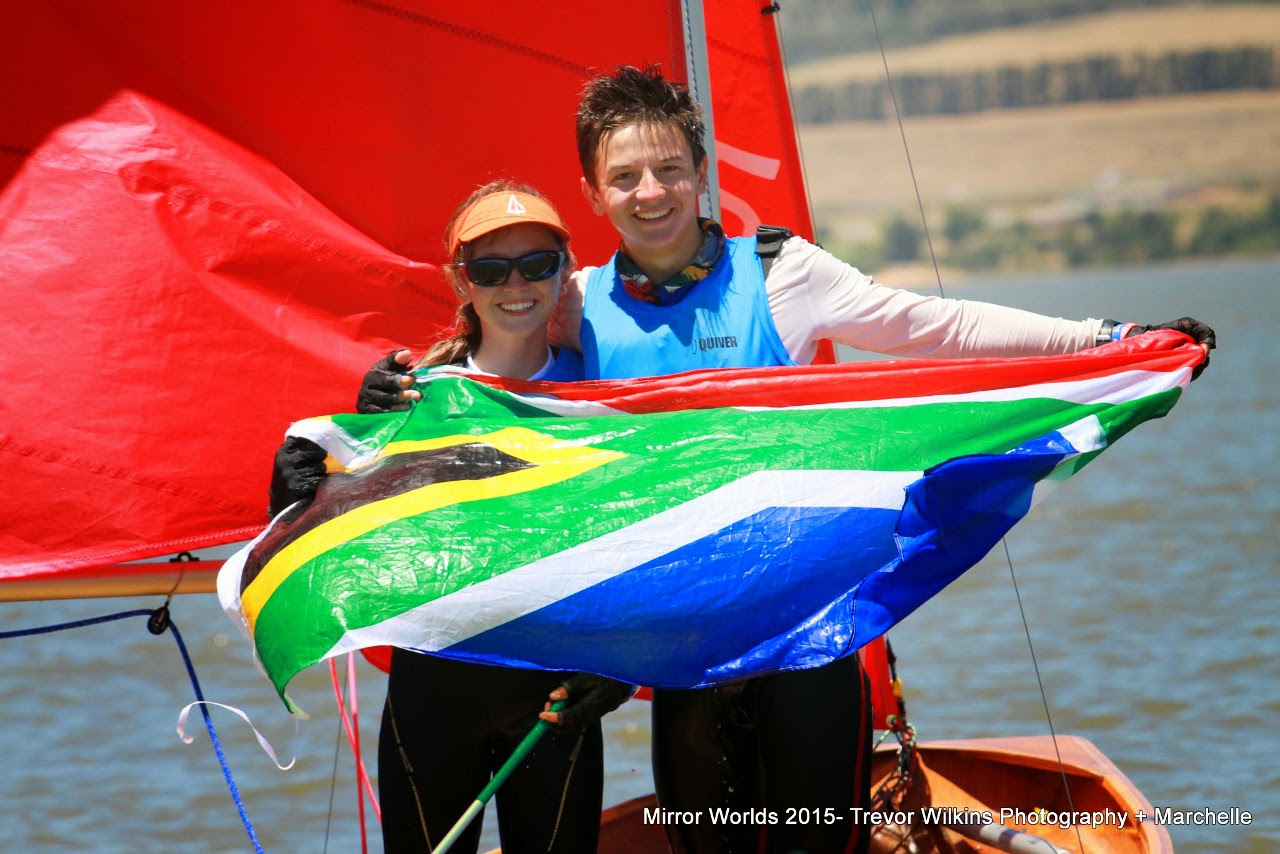 Day 5 started with a strong wind blowing down the valley from Villersdorp & early talk from the locals was that it would not last, dropping by 12:00, so a postponement was likley. In the event talk of a postponement proved to be dis-information. There was no AP ashore at 11:30, so boats launched for a 12:00 start. Michela & Ryan Robinson (RSA) and could not be caught, unless they picked up a non-discardable disqualification.

The race got away at the second attempt, trapizodial course, with the wind dropping throughout the race. By the time the leaders got the the final leeward mark there was barely a whisper. Once again, no sign of a 'S' flag at the bottom mark, so a difficult beat, drift, reach, drift & run to the finish as the original breeze and it's replacment cancalled each other out, leaving puffs blowing in random directions across the race course. Simon & Tyson Barwood (AUS) took 1st ahead of Sigi & Tamryn Bailes (RSA) with Michela & Ryan 3rd. Not a good day for Team GBR, best british boat was Henry Heath  & James Dickinson in 9th. Eleanor & Izzy were 29th, their worst result of the regatta and this resulted in them dropping to 3rd overall behind Simon & Tyson. Gemma Keers & Imogen Bellfield also had a nightmare, finishing 16, their equal worst result and this dropped them to 4th overall.

More Trevor Wilkins' photos of Day 5 (Yes, I know Trevor says day 4, but the date of the photos is the 9th which is day 5, maybe he is not counting the day when racing was postponed)