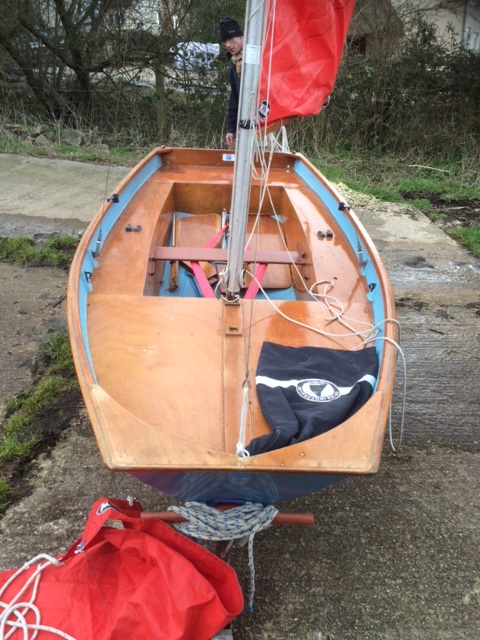 The Holt GRP composite Mirror had a GRP hull and wooden interior (decks, bulkheads, side tank panels, thwart, daggerboard capping, transom doubler). It also had a wooden skeg and bilge pieces. Hull was chopped strand mat and they were pretty heavy, so best avoided if you want performance.

According to Terry Smith (who used to run Bell Woodworking), in 1986/1987, Holts (copyright holders) produced 70 GRP hulls.  I understand this was at the Jack Holt factory in Todmorden, which has now closed. The date of closure is unknown, but must be prior to 2006 according to this post from Dave Hughes. Over a period of 4 years sold these as composite boats to boat chandlers, garages and other retail outlets.  These boats did not measure for a various reasons including no tape on deck joints and sail numbers not imprinted.  no one bothered as no one actually knew who finally bought the boats.  The retail outlets had them hanging around for ages and so most were sold off cheaply, despite being expensive to buy initially.
Here is a list of some examples