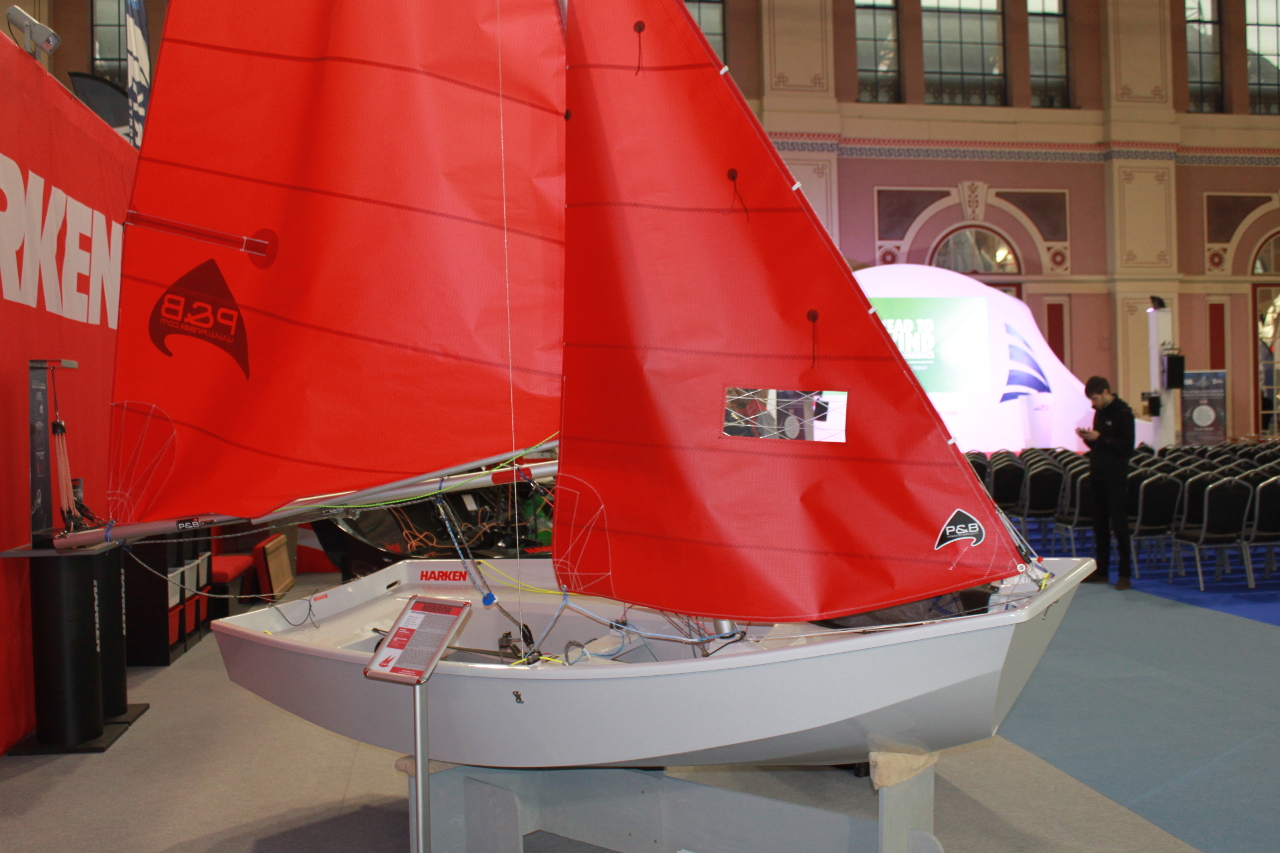 Thanks to Harken and P&B, this year there was a Winder Mirror on the Harken stand. There was also a 50 year old Mirror, 'Oranges' adapted with a pop-up tent for sleeping, on the Dinghy Cruising Association stand.

The stand was busy with visitors interested in buying new or secondhand, asking wide ranging enquiries about modern rigging systems & upgrading an older boat, reminiscing about their boat or just wanting to talk Mirrors. Among the visitors we had on the stand were some old friends - Steve & Kim Long (Q-Mark sails) & Rob Bellfield. There was an interesting talk on tuning on the West Hall stage from current Olympic 470 coach & ex-Mirror sailor Jonny McGoven with GBR Olympic 470 Men sailors Luke Patience & Chris 'Twiggy' Grube.