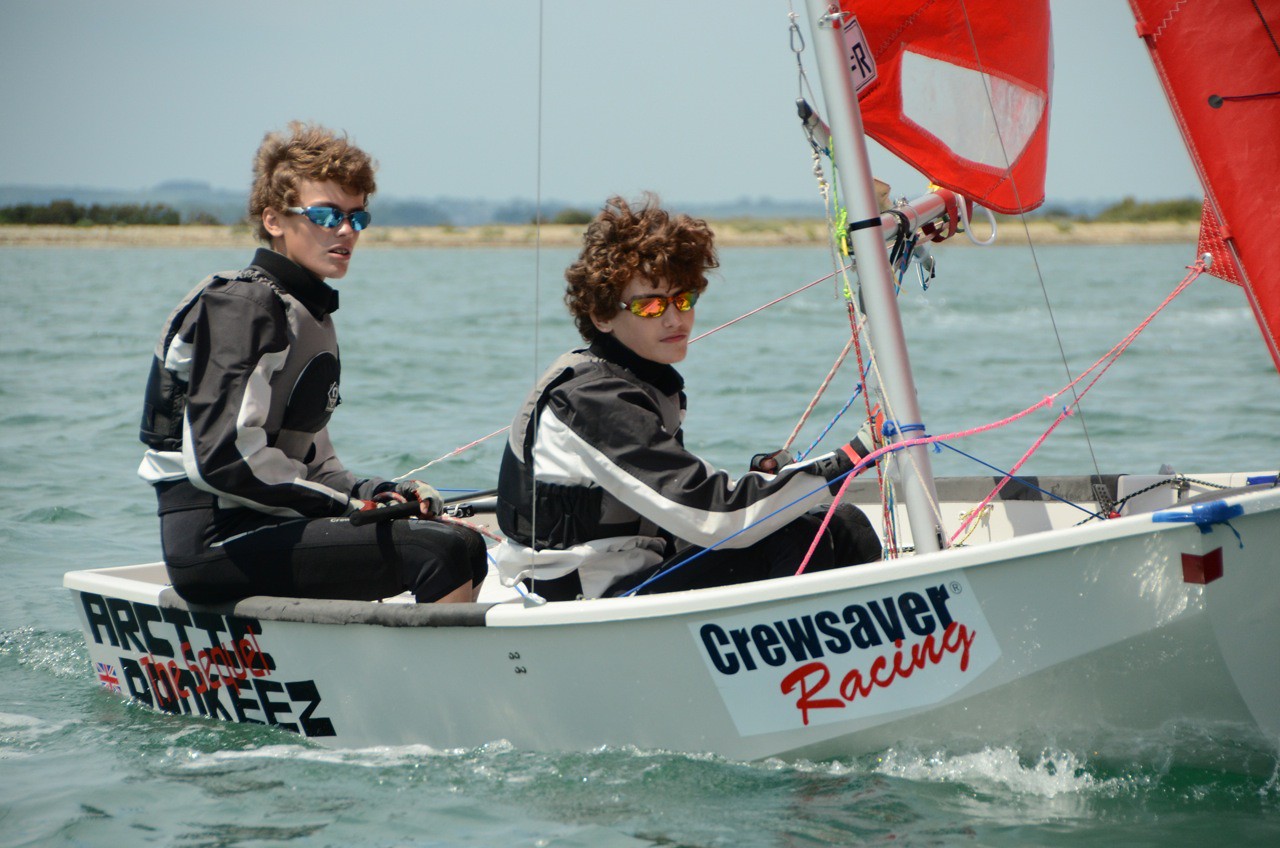 The event took place at Itchenor Sailing Club over the weekend 2nd/3rd July. Jonathan Davies, the Mirror Class Captain, and his team made everyone welcome on a gloriously sunny day with light winds. Over a third of the competitors were local with many juniors participating.

The first race saw the tide still coming in which made it tricky getting out to the start line and then a challenge not to be swept too far behind the start line. Kim May-Papailiou and Amy Sparks got to the windward mark 1st and held their lead throughout the race. The tide changed direction towards the end of the first race which called for some new tactics. 2nd place was taken by Rosie and Madeleine Watkins. 3rd was awarded to Nigel Thomas and 6yr old Helena Watkins.

After a general recall the 2nd race got underway and there was a close battle along the 2 reaches of the 1st triangle. The position of the top 5 boats was constantly changing with Matt and Ben Lulham-Robinson finally taking the win with Millie and Nick Pugh taking 2nd place and Sarah and George Richards 3rd.

The 3rd and final race of the day finally started after 2 recalls and, once again the top places positions were closely fought with Matt and Ben pipping Helena Pugh and Libby Courage to the post and Sarah and George once again taking 3rd.

Itchenor SC hosted a BBQ in the warm evening sun.

However, as we were making our way to the sailing area a moderate sea breeze began to build. The tide was still going in which, again, made it difficult to maintain position on the start line. Sarah and George Richards got into the lead and attained an impressive lead throughout. A spectacular performance by Itchenor juniors Grace Yeoman and Annabel Fisk secured them 2nd place. With 3rd taken by Nigel Thomas and Helena Watkins.

The water was slackening by the start of the final race of the event although it still paid to go left in order get into shallower water and less tide. Matt and Ben Lulham-Robinson went left off the start line and took a respectable lead which they maintained throughout. Nigel and Helena took 2nd with Rosie and Madeleine 3rd.

Some photos taken on day one. Boats appear in ranking order (apart from 20th place who didn't sail on day one), so you should be able to find your boat quickly. Photos kindly taken by Mary Pudney 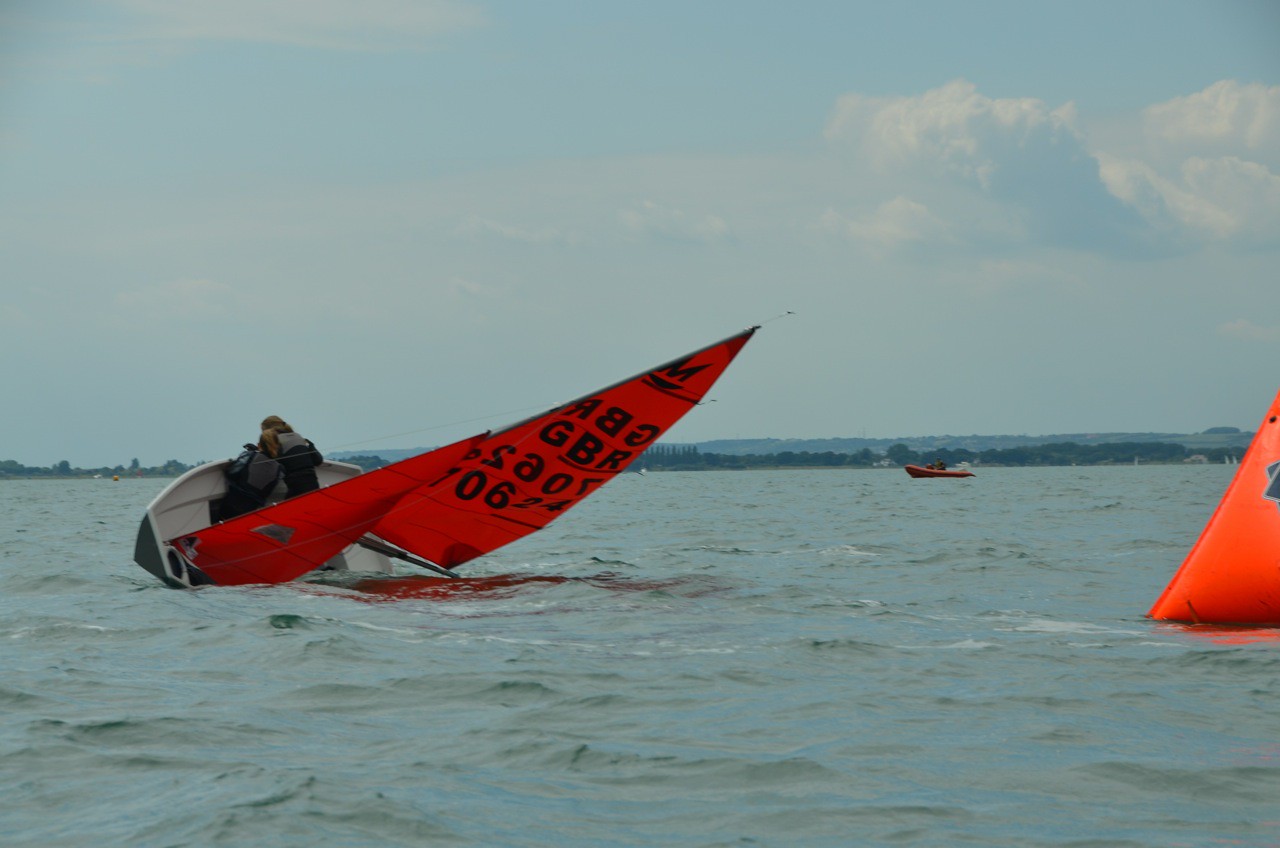 In addition to providing very generous prizes for the first 3 positions Crewsaver also supplied 10 spot prizes which were awarded for “special acheivements” including the only capsize!

Everyone is now looking forward to August 2012 when Itchenor host the Mirror Nationals.