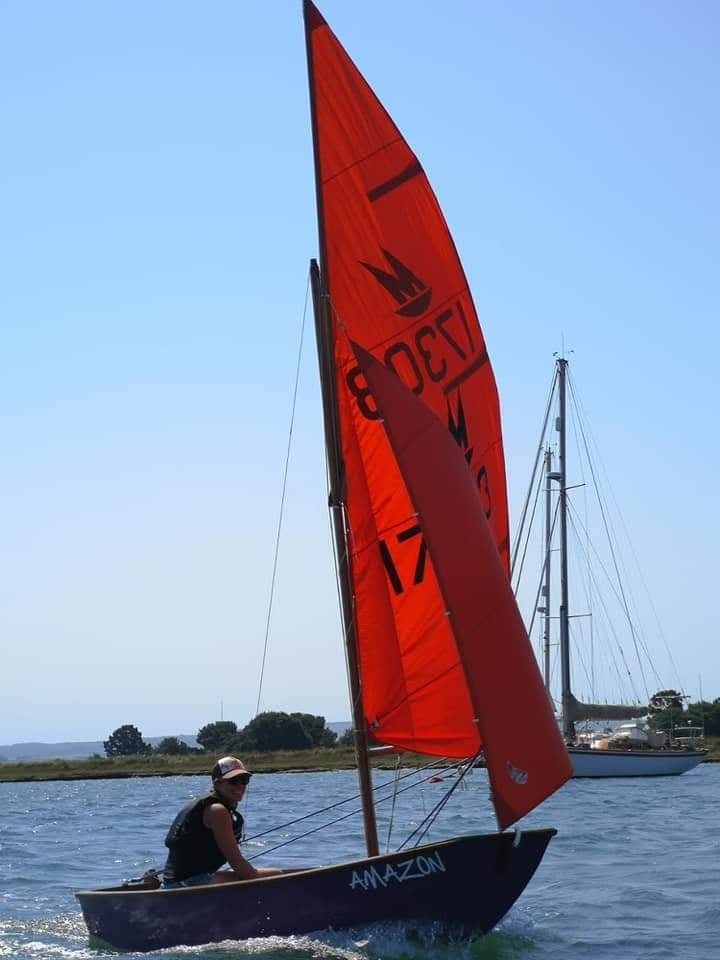 Bought as a Wood kit from the Earls Court boat show. The D'Arcy family then spent the next few months putting her together.  They lived in Hythe (Southampton) used to sail her from Calshot Beach and Ashlett Sailing Club. Named 'Magwa' after a place in Kuwait

Kate Brown takes up the story:

My dad dragged her off the bonfire pile at Thorney Island Army Sailing Club and did her up for my ninth birthday. (purely due to being called Amazon!) She spent the next 20 odd years at Ashlett sailing club with me!

she is undergoing a second complete overhaul, varnish off the lot!

Kate Brown, the current owner of this boat would like to contact any previous owners to find out where she's been and who else owned her?!

Contact This email address is being protected from spambots. You need JavaScript enabled to view it.

Kate's quest was successful and the son of the original owner contacted her with details of Magwa/Amazon's early history.