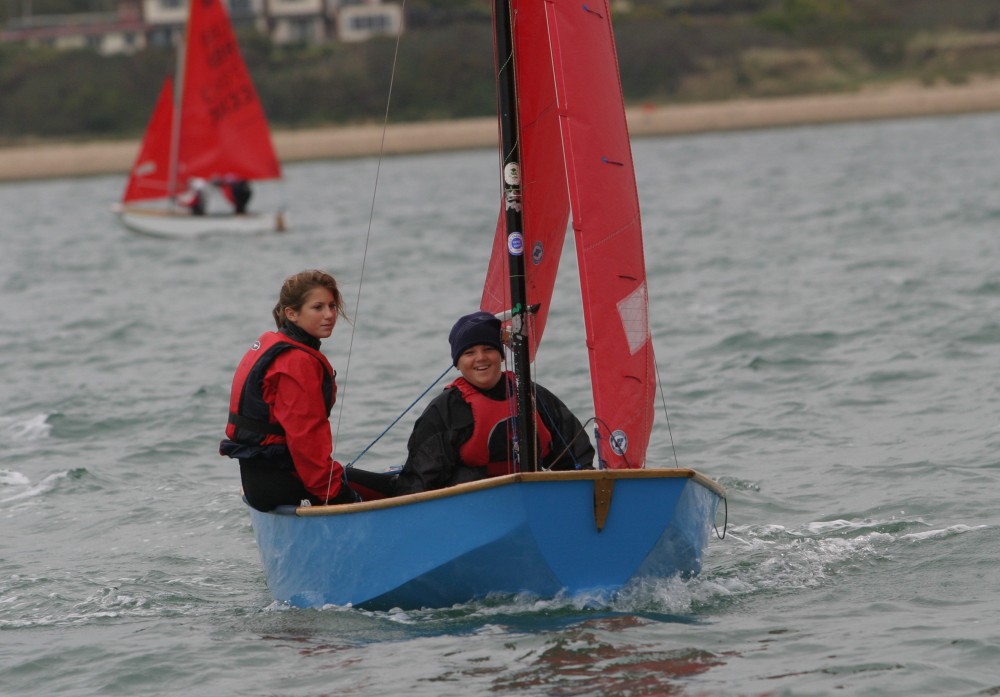 Although billed as an area championship the Mirror Southerns at Warsash SC attracted 46 boats from all over the country, with entries as far a field as Gateshead and Windermere in the north, and Penzance in the South West. Many were looking to achieve a high enough ranking to qualify for the 2005 Worlds, this being the final qualifier. The event attracted a star studded entry with all 2004 Champions, including National and European, present.

For Race 2 a shorter course was set. The Hansen's again won, this time from National Champions, Dan and James Ellis. 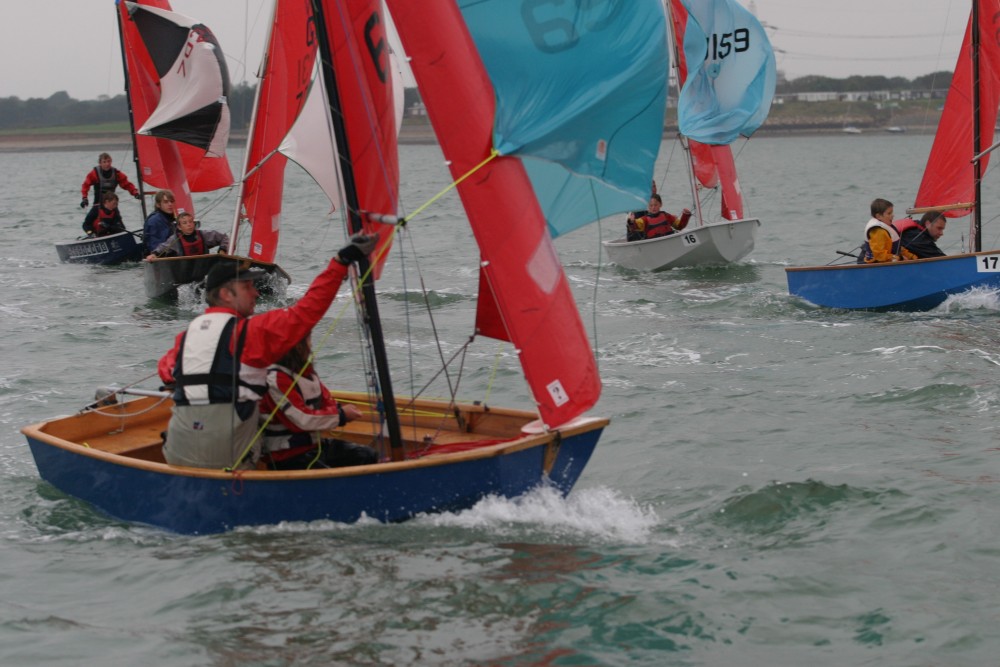 For the final race of the day, a windward/leeward course was set, with a spreader mark and le eward gate. Improving in every race, the Ellis brothers won to lead the over night results table.

Day 2 dawned with plenty of mist which slowly cleared to sunshine and no wind, leaving the fleet to paddle out to the race area. After about an hours postponement Race 4 got away in a light and shifty SE/SW wind. By the windward mark this had swung round to the North, giving the race officer no choice but to shorten after one lap, but still keep the racing on schedule. This race was won by James Budd and Katie Jones, from European Champions, Dave and Joric Gebhard.

For Race 5, with the breeze settling in the north and tide building a windward leeward course was set. This saw Robert Struckett and Charlie Hartley win, with John and Megan Brickwood second.

Race 6, for the quarter of the fleet at the committee end found the breeze to dye within seconds of the start and the tide pushing them the wrong way, failed to cross the line within four minutes and were scored DN S accordingly. In the vastly depleted fleet, the Hansen's scored their third win and with it the Mirror Southern Area Championship. The Gebhard's were both second in this race and overall.

Photos are © Theo McNulty and originally displayed (on our 2004 website system) with a view to those interested, purchasing prints from Theo by e-mailing This email address is being protected from spambots. You need JavaScript enabled to view it.

Editor's Note: For the record, we have the poster, and the Notice Of Race & entry form, for this event which can be downloaded via the links. Aren't backups a wonderful thing.