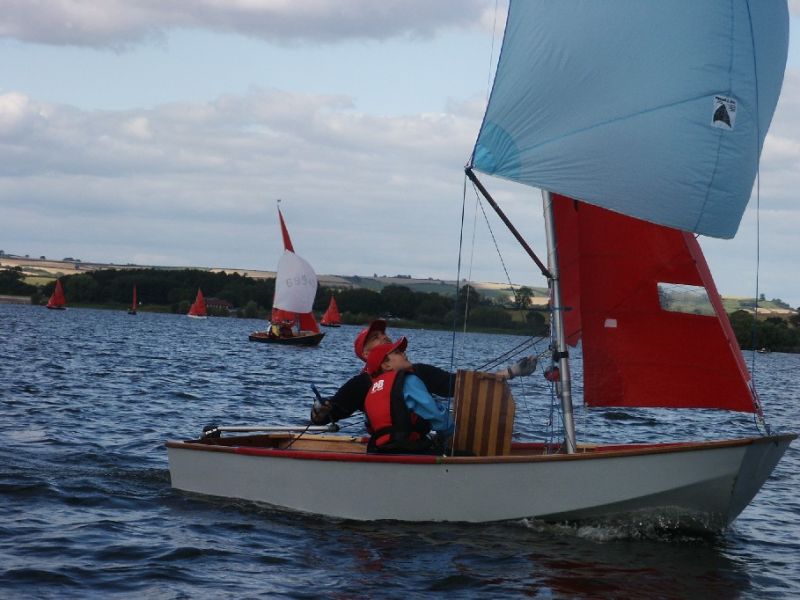 There was an excellent turnout of 59 Mirrors for the Western Area Championship held at Chew Valley Lake SC over the weekend 31st August & 1st September. Conditions were warm and sunny with a generally light, patchy and shifty breeze marking the blue water of the lake surface. The lush greens of the unspoilt Mendip hills formed a breathtaking backdrop to complete a picture postcard scene.

Being both a National Squad and South West Zone Squad qualifier as well as a Tasmania 2003 Worlds travel grants qualifier, the event attracted boats from as far away as Sunderland, Windermere, Penzance and Brightlingsea. The team at Chew Valley really know how to put on a good event and the race management was superb and ashore the boat parking and launching was easy and the clubhouse provided great spectating and good lunches and Saturday evening meal for both competitors and supporters. Although there was no camping on site, the local fruit farm was ideal, with a lovely secluded field with the tents and campervans all around the edge and the kids playing football in the middle and only £2 per pitch per night. 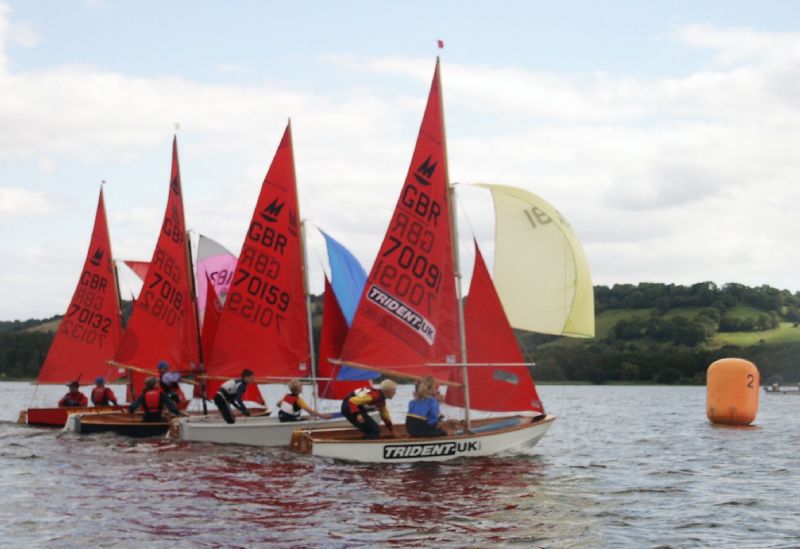 Daniel & James Ellis led race 1 for the first lap, but they were eventually overhauled by Guy and Joe Wilkins in the light shifty conditions with Stuart Bithell and Holly Scott lying 3rd when the course was shortened after 2 laps plus a beat. Race 2 was subject to a general recall, but the fleet got away on the 1st black flag start. Vince and Thomas Horey, just back from the Fireball Nationals, dominated the race with Craig and Mitchell Bond 2nd and Tim and Jenny Gray 3rd. Elena Bremer and Tom Kirkbright from Hollingsworth Lake SC initally led race 3, but were caught by the chasing pack at the gybe mark. Stuart Bithell went on to win with Tim Gray 2nd and Guy Wilkins lying 3rd when the race was shortened at the gybe mark on the 3rd lap. 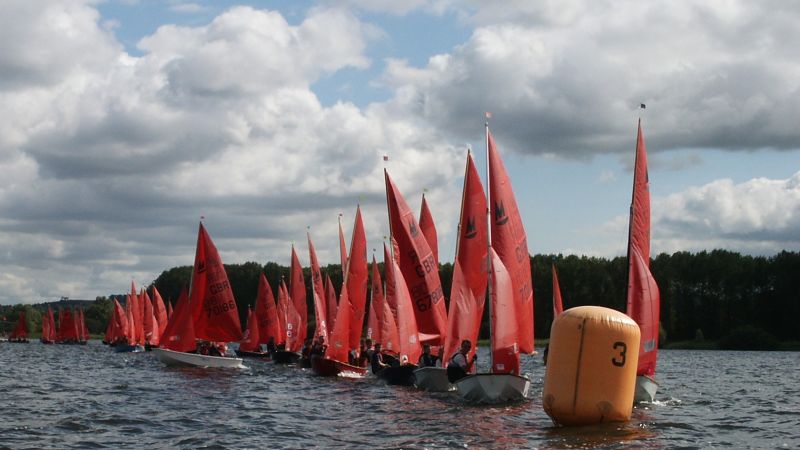 On Saturday evening, a tree swing, being used by Stuart Bithell, who was leading overall, broke. Stuart was rushed off to casualty where it was found he had sustained two broken toes, bruising and a cut to the head. He appeared on Sunday morning with a crutch, his foot in plaster and stitches in his head wound (but alas, no parrot !). Sailing was out of the question so Holly Scott gamely took over, helming in race 4 with a stand in crew, but was some way off the pace.

Stuart was leading both the event and the Tasmania Grant selection and needed at least one good result from the Sunday to stay in the frame. Despite his leg in full plaster with broken toes and stitches in the gash to his head, Stuart was gently lifted into his boat for the final race and with superb crewing from Holly Scott who did all the moving, they came in third to give them second overall and 1st in the Tasmania Grant rankings. 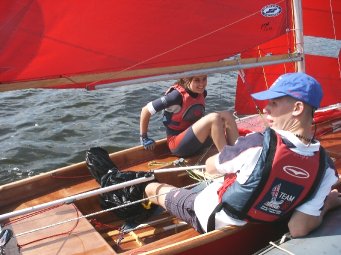 It was lovely to see so many new faces and Rob Grieg-Gran, one of the SW Zone Coaches, was out on the water on the Sunday talent spotting for both the SW Squad and the National Squad. See the Squad pages for the rankings. Kate MacGregor, 12, won the prize for youngest helm and prizes were awarded for the first twelve boats. A new permanent MCA Junior Trophy, the Trelawney Tankard, kindly donated by Martin Egan, was presented to top juniors Daniel & James Ellis from Plym YC.

Editors note: I have taken the liberty of combining Errol Edwards report on Yachts & Yachting with Jan Grieg-Gran's website report to create this article.