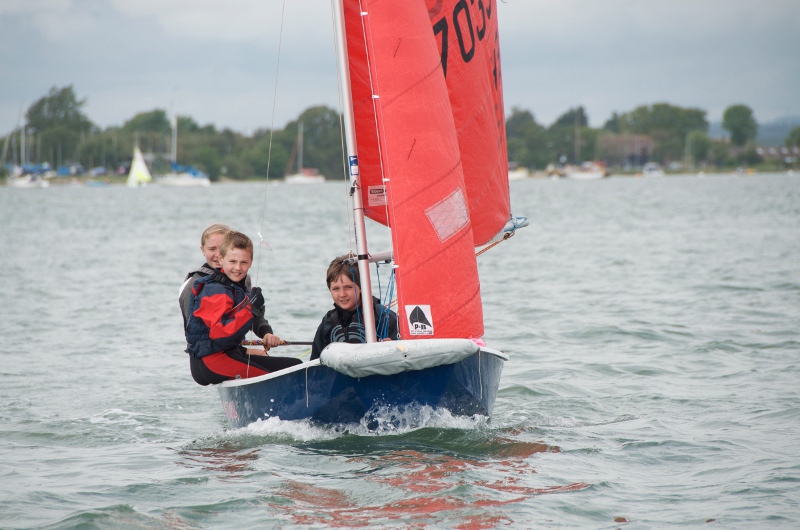 The day dawned at Itchenor Sailing Club, a little overcast and grey, 72  children 10 teenagers, along with Parents with RIBs assembled determined to make friends and have fun.

After a little discussion  all decided that it was a little too grey  windy for an epic voyage to East Head. 30 Mirrors, set a  course for Smugglers Creek with the Pirate Ship as a turning mark. Having sailed round the spooky Pirate Ship the fleet then set off to Longmore point to land at Roger Wickens garden. As the fleet got nearer the wind increased and there were a few capsizes. All made it ashore safely, alibi a little damper than when they set off.

Lunch and games followed, by the time to leave the wind had got up even further, so all but the most experienced were towed back.

Monday dawned  with a grey force 5 with gusts of force 6. All stayed ashore for a talking on starting followed by a starting game on the lawn and a scavenger hunt.

Here are just a few photos taken by Mary Pudney, there are more photos than you can shake a stick at here.

Many thanks to Sarah and Bob Sutherland for organizing it. Report by Jonathon Pudney.