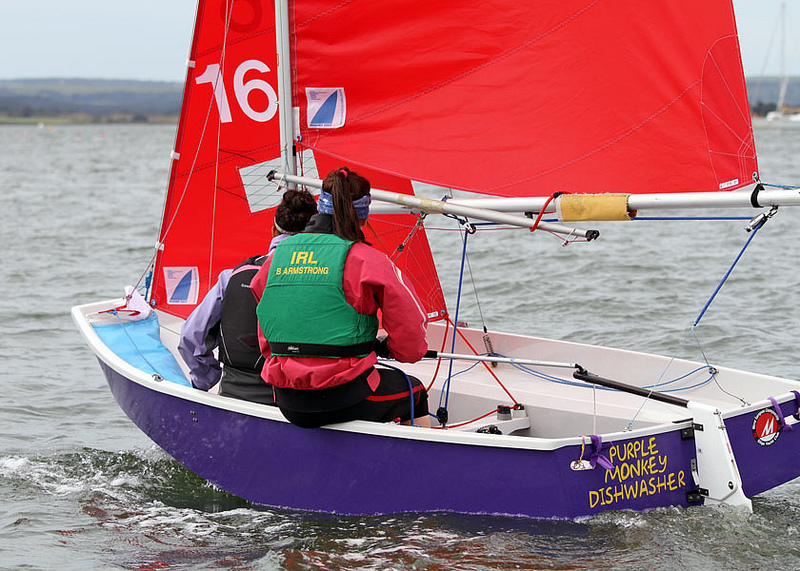 The mainsail sheet starts on a bridle attached to the mainsail sheet attachment points on the aft transom, or a split tail mainsheet is attached to these points. It then goes around a single block near the end of the main boom, through a boom sleeve or constraining loop on the main boom to a block near the centre of the mainsail boom. It then goes to a block mounted adjacent to the centre of the thwart. Purchase is about 1.5:1

There is also a 2007 advise sheet  for a slightly different system, but which may help setting up the bridle.

You don't need an enormous ratchet block, it's going on a Mirror, a small dinghy. A 40mm diameter one will be fine, but check it will take your mainsheet (we recommend an 8mm diameter mainsheet). For example, the 40mm Allen Brothers ratchet blocks only take 6mm line, so you just need to check. 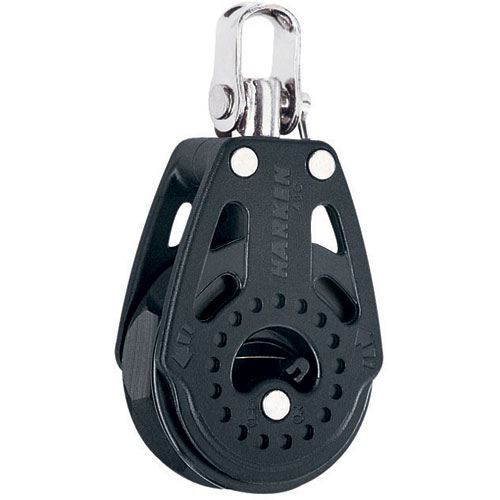 I use a Harken HK2608 40mm diameter switchable ratchect block on one of my boats which takes an 8mm line. I've tried auto-ratchets, but in my experience they stop working after a while, so I perfer one with a simple, reliable, manual switch.

If you are not going to have a cleat (see below), then you will need to mount the block on a deck clip/lacing eye or a stand up base. 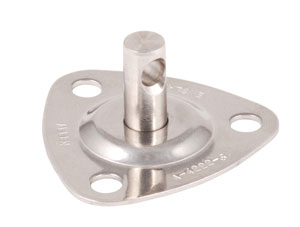 I recommend having one with a spring so the mainsheet block does not  "capsize" when there is no tension on the mainsheet. Springs are available separately, and some stand up bases come with springs.

You need to think about exactly how you are going to fix the block. For example the shackle on the Harken 2608 won't fit the Allen 4422 stand up base. To use these two together you would need a "U" adapter like this 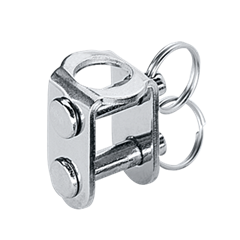 Harken make a few different sizes, maybe other companies make them. You need to choose one that works for you. 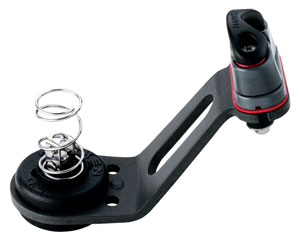 There are any number of swivelling cleats suitable for the mainsheet on a Mirror. Because this cleat is mounted at thwart level, you only need a "low-profile" one with a short arm, so the cleat is not too high above the base, otherwise you will find it hard to un-cleat in windy weather. I use the Harken HK205 and a small (i.e.40mm diameter) ratchet block on my boats which works well.