Ross from IRL secures his second Mirror Worlds Crown to add to the 2005 title won in Sweden.

With only 5.2 points separating the top 2 boats the final day of the 2011 Mirror Worlds started with an air of expectation with the dinghy park buzzing about the battle that would commence shortly to determine the World Champion.Lively conditions greeted the competitors again with the competitors growing to expect the fresh wind in Albany.  The course was bathed in sunshine.

Race 14 go underway with the Black Flag which seems to have become the constant in the racing.  The restart was an even start with the Philippinos, Balladares and Chavez at the boat with the competition leader mid-line sailing up the middle with the British girls trailing.  By the top mark, Australian mother and son team Anita Scott-Murphy and Ben Cruse rounded first followed by Australians Lachlan and Finn Gilbert with the overmight leaders, Irishman Ross Kearney and team mate Max Odell in close pursuit with the GBR girls burried back in the fleet rounding around 20th position. 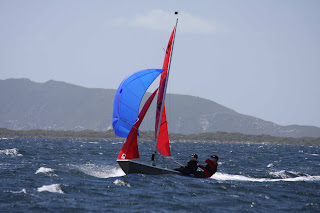 As usual, the Race Committee had set a perfect course which provided excellent entertainment for the spectator fleet which had congregated at the top of the course. 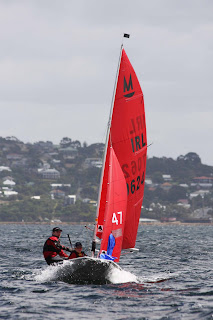 It was a great run down to the gate with the Scott-Murphy and Cruse flying and leading out to the right followed by the Gilberts with Kearney working hard in third with Australian Mark and Hugh Phillips fourth and Balladares and Chavez in fifth.

From that point, the Gilberts surged to the front around the outer loop and established a commanding lead winning to Scott-Murphy and Cruse with Kearney and Odell in third and appearing to have one hand on the World Championship.  The British girls showed grit and determination to sail back into 6th position after being burried early. 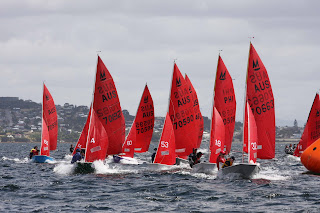 Race 15 got away under the Blue Peter with Laclan and Finn Gilbert starting at the pin boat which paid big dividends as he rounded first followed by the young Australians Robbie Hunt and David McAully second and Simon Barwood third with the South Africas Ryan and Ricky Robinson fouth and the Philippinos Balladares and Chavez quick with the kite set as usual and immediately on the plane. 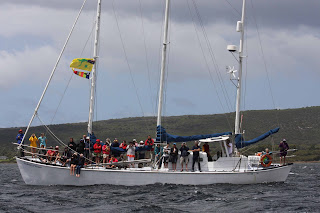 Kearney and Odell were 8th around the top mark with the GBR girls again burried in the chasing pack in the mid-teens. 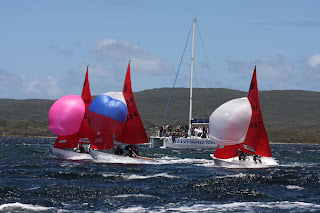 The Gilberts had scooted to a 40 boat length lead went right at the gate with Balladares and Chavez with Kearney and Odell third and looking every bit World Champions. 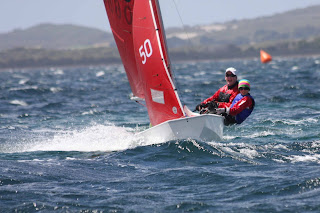 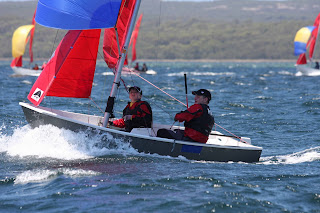 By the finish, the Gilberts had won convincingly by over 40 boat lengths to Ross Kearney and Max Odell with Australia's John and Jesse Dransfield in third. 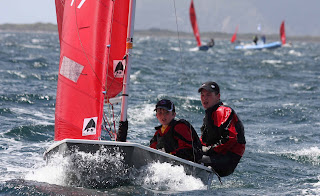 There were cheers of celebration from the large spectator fleet that had gathered as Kearney and Odell secured their World Championship win. 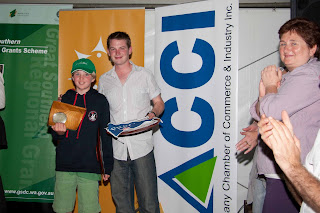