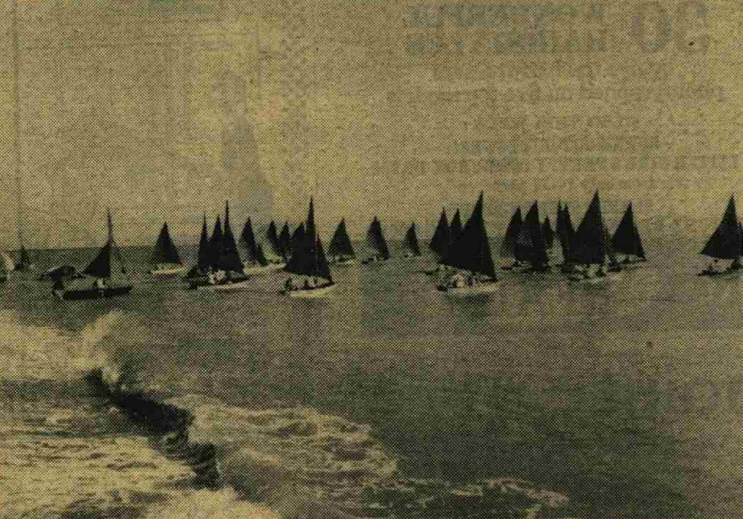 The following story appeared in the Daily Mirror, Monday 31st August 1964, page 5 so the report text is © Daily Mirror. Also thanks to the www.britishnewspaperarchive.co.uk .

A great day for the dinghies

There they go, smoothly and silently over sparkling waters, at the start of a memorably happy day. They are Mirror Class Sailing Dinghies and they are pictured above during a fun-packed and thrilling Mirror Dinghy Day held at Hastings, Sussex, at the weekend. Perfect weather made the day ideal for the seventy competitors and the spectators.

The story was recorded in the Daily Mirror so the following report text is © Daily Mirror. Also thanks to the www.britishnewspaperarchive.co.uk .

The following story appeared in the Daily Mirror, Monday 27th May 1963, page 17

What a glorious SUNday it was for sailing in the Super Daily Mirror dinghy. Attractive Ann Will, 20 (above), was one of the competitors who sailed in the first open meeting for Mirror class dinghies (editors note: this was actually the second, Wraysbury Lake SC on 12 April was the first) held on Saturday and yesterday.

Ann, of Welwyn . Garden City, Herts, skimmed her dinghy,"Willow", into into third place in one race.

Bill Jermy, 57, of Eversley, Hants, became the Mirror dinghy champion after scudding into the lead in every race yesterday, on the River Medway

Bill said : "My Mirror is just the thing. It’s so easy to cart around on my van." Twelve-year-old Christopher Scoble. of Hoo, Kent, was runner-up and miner Brian Taylor. 26, was third.

Editors note: We only know the first three places

The following story appeared in the Daily Mirror, Monday 1st June 1964, page 2 so the report text is © Daily Mirror. Also thanks to the www.britishnewspaperarchive.co.uk .

Tailor Alf Buxton beat the sailing veterans yesterday to win a series of races on points in the biggest-ever race meeting for Mirror Class dinghies. Alf, from Canvey Island, Essex, was sailing with his wife Terry on the River Medway, Kent. He has been, sailing for only just over a year. Last year he was third in the Mirror Class National Championships. This year's championships will be held at Plymouth from August 10th -15th. Already more than forty boats have entered.

17 Mirrors, mainly from the Poole YC Squadron with a couple of visitors from the West Country contested the Poole YC open over the weekend 22nd/23rd May. Saturday was a pleasant sunny day with a very shifty & variable force 2 to 4 Easterly and a neap tide.

The fleet got away cleanly at the start of Race 1. There were lots of place changes on the 1st beat as the shifts and gusts came and went. Eventually Ania Booth and Jenny House in “Festino Lente” climbed they way out of the pack to lead at the first mark from Matt & Ben Mills in “Chalk N Cheeze” followed by Charlotte Hine & Jenny Llewelyn in “The Immaculate Contraption”. 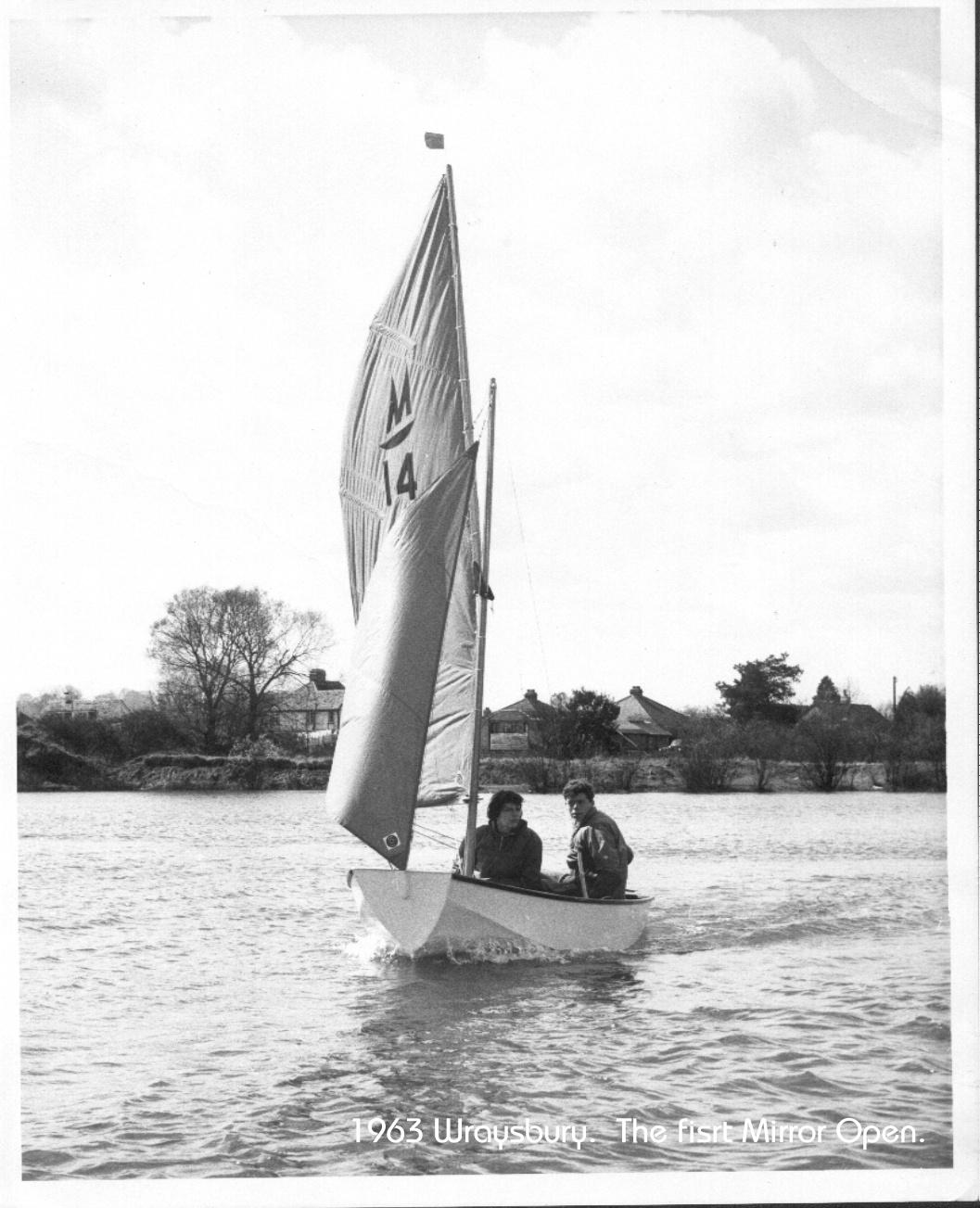 On Good Friday 1963, twenty-two hopefuls gathered at Wraybury Lake S.C. for the first meeting for Mirrors ever to be held. The weather
was perfect for the occasion - warm and sunny with perhaps a force three breeze. Some of the competitors had, of course, some racing experience, but subsequent events were to suggest that they were in the minority. For some of the others it seems likely that this was the first time afloat for boats or their crews. Be that as it may, at least one was observed earnestly consulting his instruction booklet to find how to rig it.