What a restart to Open Meeting sailing after eighteen months of twiddling our thumbs! A weekend of racing for Mirrors with eighteen entries. The Lake looked positively crowded!

Although the weather had been wet and wild prior to the weekend, the first of the race days was reasonably sunny and warm. The only trouble was the wind – or lack of it! There was around an hour’s postponement between the race briefing and the start of the first of Saturday’s races. 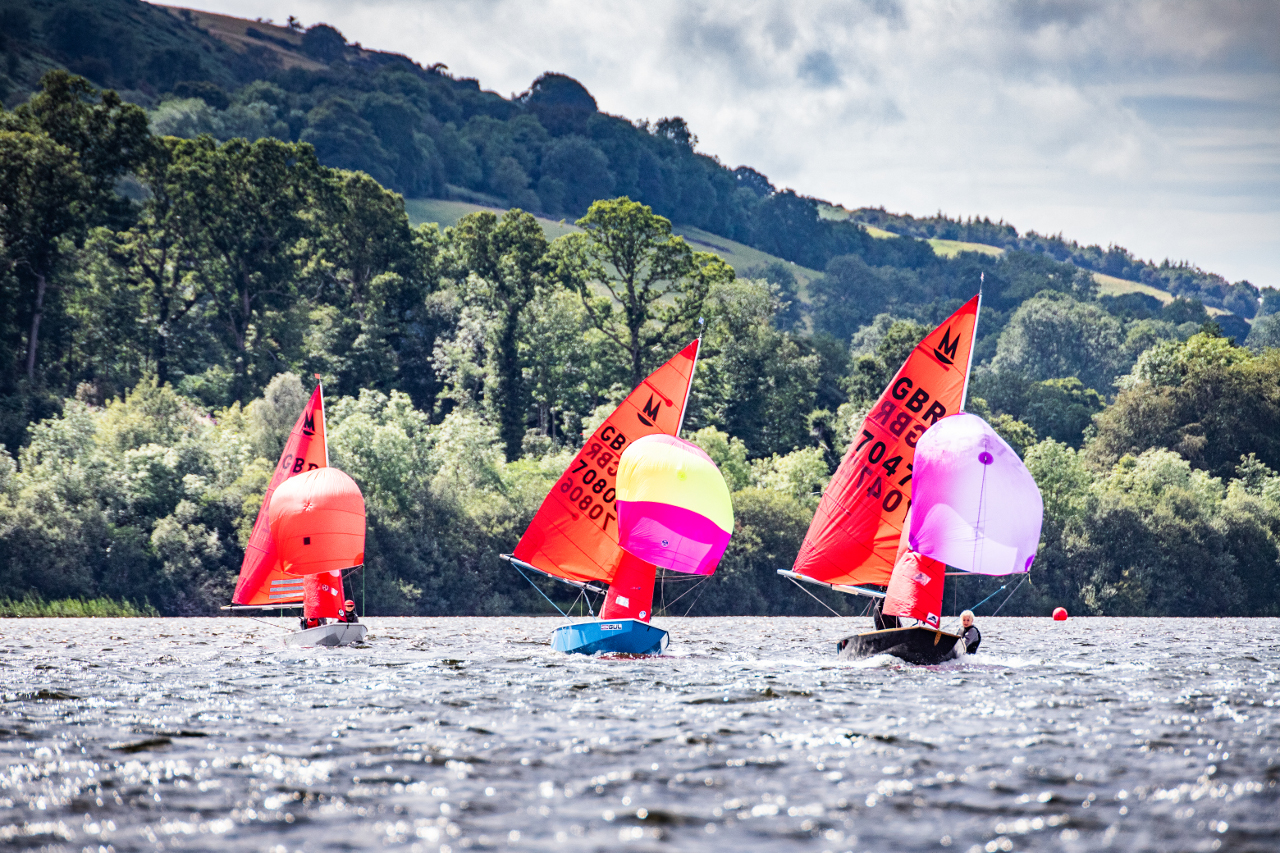 Bassenthwaite SC will hold their Mirror Northern Traveller Round on 22/23 May. As it is a week after the lifting of S3 Lockdown restrictions we can run it as a 2 day event with on site camping.