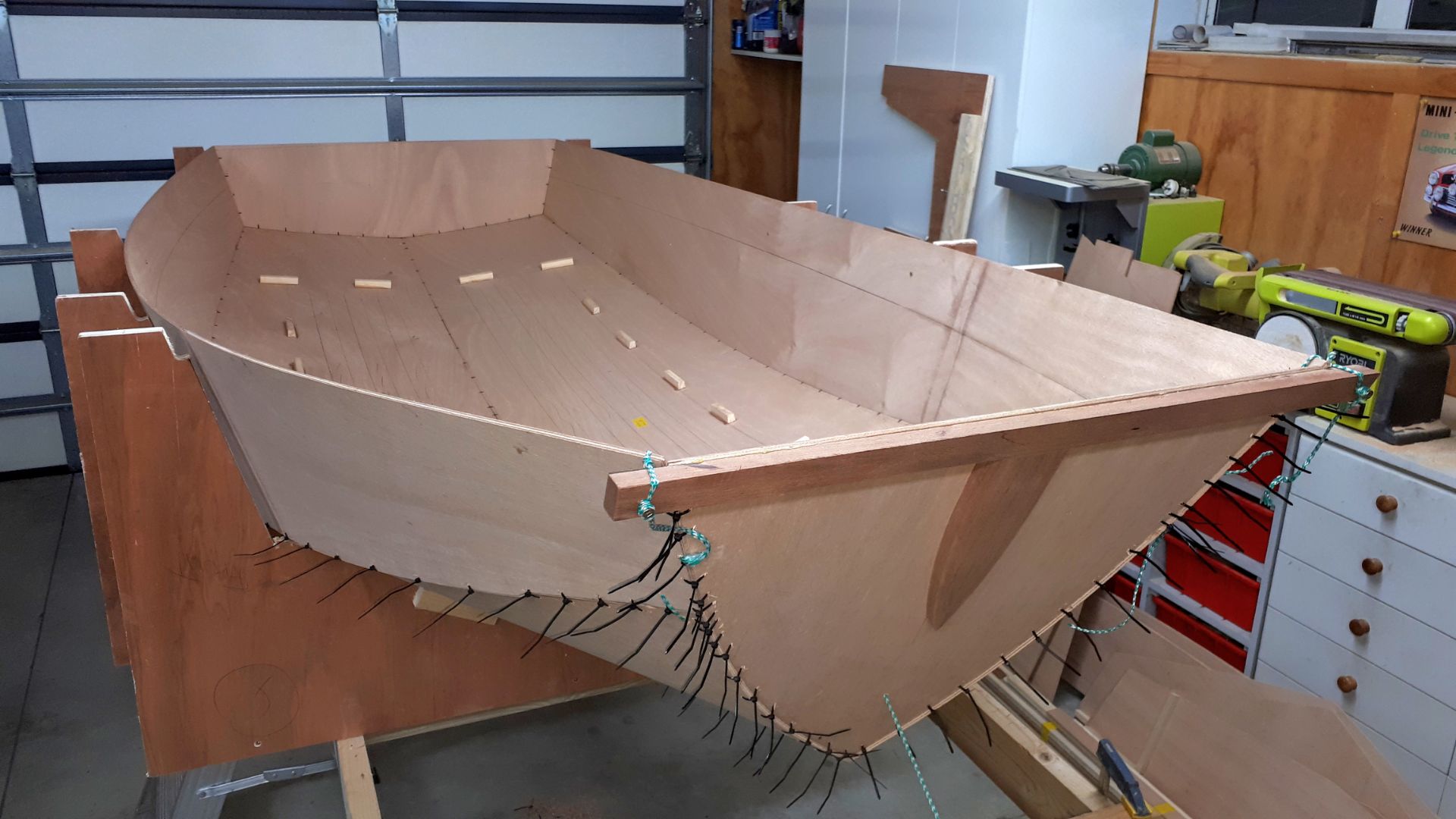 This is a new Mirror dingy taking shape in Nelson, New Zealand. I located a kit in Wellington that had been imported by Hugh Blank and had been kicking around for a while. A retired boat builder is working on it. She should be ready for next NZ summer.

43 boats including the reigning National Champions Chris & Daisy Fuller, ex-Olympian Simon Hiscocks, ex-World champion Chris Balding & ex-National B14, Contender & RS800 Champion Ben McGrane plus a host of other top sailors, gathered at Restronguet SC for the Gul UK Mirror Nationals from 3rd to 6th June. Great racing in the sheltered waters of the Carrick Roads, cracking weather, (apart from Saturday), camping adjacent to the club and, despite the restrictions imposed by Covid-19, the club did their best to be welcoming and accommodating.

Nationals racing is on Friday 4th, Saturday 5th & Sun 6th June. Results are being stored on HALsail. You can view the latest results here.

The Sailing Instructions for the 2021 Gul National Championships have been published and can be downloaded via the link.

What a restart to Open Meeting sailing after eighteen months of twiddling our thumbs! A weekend of racing for Mirrors with eighteen entries. The Lake looked positively crowded!

Although the weather had been wet and wild prior to the weekend, the first of the race days was reasonably sunny and warm. The only trouble was the wind – or lack of it! There was around an hour’s postponement between the race briefing and the start of the first of Saturday’s races.

We have 2186 guests and no members online